Missouri Republicans, You're Killing Us Out Here


Seriously depressing news out of our state today and lately.

First this, from the Star:

And this wouldn't just be for wives, either, with this guy.

Republican Senate candidate is slammed for calling feminists 'she devils', saying his  daughters will be homemakers and that he expects his fiancée to cook him dinner every night


This would all be marvelous, sure, if maybe companies and business owners paid a good, true,fair living wage but in 2018 America, presently, that's not happening. Besides, this would only be great if it's an option. It shouldn't be commanded, as Mr. Sykes seems to want it.

Republicans, not done there, what we get from them and their philandering Governor:

As so frequently happens with Republicans, as we saw in the last few years in Kansas, they want to slash taxes for the wealthy and corporations--because, hey, they just don't have enough--they also, then, cut education budgets, rather mindlessly.

Again, this is what we get with Republicans, folks.

Keep it in mind this coming November.

Quote of the Day -- Sunday Edition 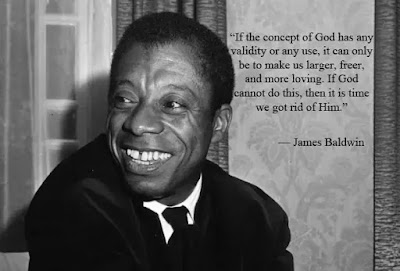 Herewith, a short list of people who I cannot, for the life of me, understand why they would be or call themselves or, God forbid, vote Republican.

God knows they're out there but...

Anti-Gay Politicians | List of US Leaders Against Gay Rights

Getting a photo ID so you can vote is easy. Unless you're poor, black

Republicans Vote Against our Veterans — Again

How often do Republicans undermine veterans? Here's a list Locally, on the state level, and on the national level, what do Republican government representatives get us?

Let me give you some very recent examples. We have to look no farther than neighbor Kansas for some real beauties, to start.

In 2012, very Right Wing, "conservative" and Republican Governor Sam Brownback and his Republican Party statehouse members slashed taxes for the state for the already-wealthy and corporations. The results are now famous and disastrous.

in Kansas. What a Mess

Kansas Confronts Yet Another Budget Crisis

by fourth-most in nation

to negative on budget pressures

I could post yet more but it would be overkill.

Then there's what the current Republican President and his Republican Party allies recently, infamously did in Congress with their very similar tax cuts for the, again, already-wealthy and corporations.

And here is what this tax plan will do.

Why the GOP Tax Bill Will

Why stop there? Why not also effect people's health insurance and health care?

And this. Keep in mind, this is from the people who are supposed to be crazy about our national debt.

The Republican Tax Plan Would Add

So that's what they do to us, we citizens, by state and nationally. Now, this is who they are personally.

Trump Gets Caught Saying "Grab Her by the Pussy"

Those are just two of the many I could post. That's enough. It shows who and what he is.

Then there are these guys, these also Republicans.

with teen boy in hotel

That wasn't bad enough, the guy not only did this but was into sex trafficking, to boot.

Then there's this one, from Ohio.

after being 'caught having sex with man

Now, lately, recently, here on the Missouri, state level, we just had this little revelation from our new gonzo Governor Greitens.

I love this headline, true as it is.

Not only did he have an affair, which he admitted to, he's accused of trying to blackmail her--with pictures, I understand--to keep her quiet.

That is one heckuva list, folks.  And that's only a portion of what they do and who they show they are and repeatedly.

So between what they do to us all and who they seem to repeatedly show themselves to be, I have to ask America....

Why do we elect these people?