Suddenly, People Caring About the East Side


We all know now what happened on the City Council this week.

The City Council of Kansas City, Missouri voted this week to have the name of The Paseo changed to Martin Luther King Boulevard, of course.

Stunningly, all of a sudden, people, lots of white people, who are never over there, are suddenly lamenting the name and name change.

We segregate an entire race on the East side of the city and for decades, at least, and by very discriminatory laws, make sure they go to crappy schools, are paid less and don't have good access to  better-paying jobs or transportation but by God, suddenly name a street over there something else and people start getting bent out of shape about something not in their own area.

Those people over there.

Posted by Mo Rage at 5:15 PM No comments: Links to this post

Once Again, They Show Missouri for Kansas


Yes sir and ma’am, once again, there is an online article, this one describing weekend winter getaways and they show Missouri, Kansas City, Missouri as being Kansas.


The Best Weekend Trips to Take This Winter
in Every State

What they show for Kansas. 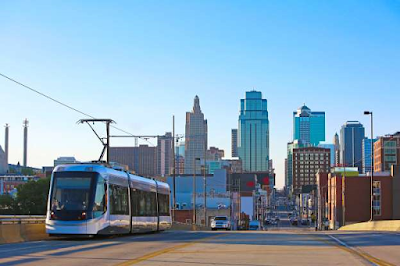 I love the media.

And while I don't want to be mean, I feel pretty certain, for a winter getaway in Kansas, they don't mean get away to Kansas City, Kansas.

Then, when it comes to Missouri, they recommend a Winter getaway of Branson. I have no idea what they're supposed to be showing here, from Branson but at least, hey, they stayed in the state, right? And got it correct?

Hilarious.  I love it.

So to have a great weekend getaway in Kansas----get outta’ the state.

I’m sure Convention and Visitors Bureaus all across Kansas will love that.

Last note: On no other state or recommendation did they get the state and corresponding picture and recommendation incorrect regarding that state’s getaway.

Posted by Mo Rage at 5:30 PM No comments: Links to this post

To Be Clear: There Is No Immigration Crisis at the Border 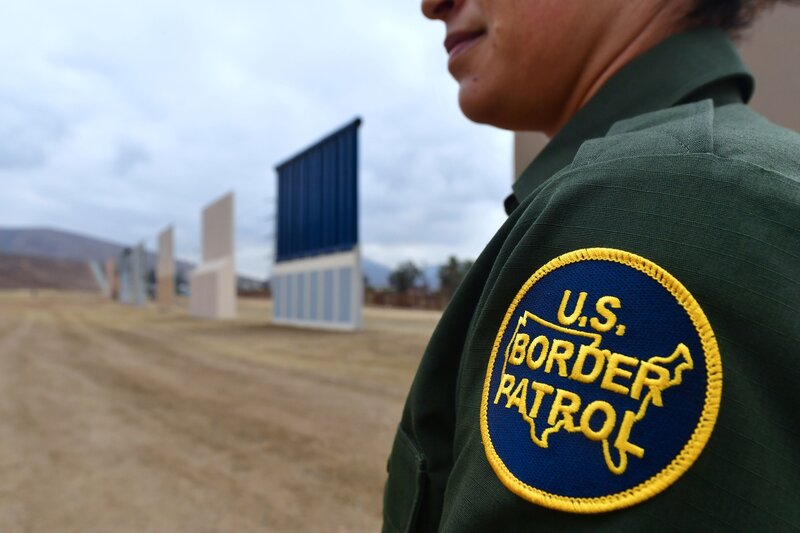 Let's look at the facts.


Border Crossings Have Been Declining for Years

There Is No Crisis At The Border -

And DHS Stats Prove It

Backing that last one up, this is from the same month and the very Right Wing Wall Street Journal.

Illegal Immigration to the U.S. Hit a Low Point in 2016

Let's be clear, folks. Let's put this to rest.

There is no crisis at the Southern border of any kind and we certainly don't need to be spending 5 billion dollars on a wall---that would be ineffectual, to boot.

Do we need immigration reform?  Absolutely.

Have the Republicans in Congress been fighting it for years?

Yes sir and ma'am, they absolutely have. But no one is telling that story.

Meanwhile, look what this Republican Party's tantrum may do to us here in the country.


And here's what it and he is doing to government employees.

Fear Falling Behind On Bills

He's always gotten his way up to now so why shouldn't this, too, go his way?

Finally, not even the people down there at the Southern border think there's any crisis.


Border Residents Remain Skeptical About The Need For An Expanded Wall

Let's be done with this, get the government back open and people and the nation working again.

On the Way to the Super Bowl...


Check out the latest article on the NFL playoff games and who may be going to the Super Bowl. 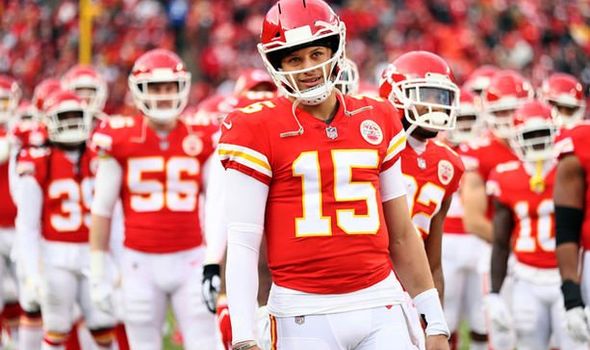 In four of these, the pick is our Chiefs, with the number one pick being Chiefs vs. Rams!

16. Colts vs. Rams: Nothing wrong with Andrew Luck vs. Jared Goff, and this would be a fresh matchup. Just not a lot of sex appeal and the Rams have a limited fan base.

15. Colts vs. Saints: Same deal, except New Orleans has a much larger fan base and wouldn’t be far from home. This is also a rematch of Super Bowl XLIV. Blowout potential is higher than you’d like.

14. Colts vs. Cowboys: What we’re saying is there really are no terrible potential matchups left. Nothing wrong with these two teams, and the Cowboys are the Cowboys — very popular and very polarizing. But neither team feels Super Bowl-worthy this year.

13. Chiefs vs. Cowboys: This would be fun, but there’s not much to it and Kansas City would be a clear-cut favorite.

12. Chargers vs. Cowboys: This is basically on the same level as Kansas City-Dallas, except the Chargers are chasing their first-ever Super Bowl on the back nine of Philip Rivers’ career and there’s a better chance this would be a close game.

11. Chargers vs. Eagles: Everything we just said about the Chargers, but now you’ve got the Nick Foles magic and Philadelphia chasing back-to-back championships — something nobody has done in the last decade.

10. Colts vs. Eagles: Andrew Luck and the Colts might be slightly more of a draw than the Bolts.

9. Chargers vs. Saints: Philip Rivers vs. predecessor Drew Brees would be interesting, but I’d be concerned about a potential New Orleans blowout. The Saints would practically be at home against a team that lacks a fan base.

8. Chargers vs. Rams: Even though the two franchises lack large fan bases, a battle between two teams from the same city would be pretty damn fantastic.

7. Chiefs vs. Eagles: Philly going for the repeat against the league’s highest-scoring team in a battle between former colleagues Andy Reid and Doug Pederson.

6. Patriots vs. Rams: Can the Patriots beat the team they defeated in their first Super Bowl in order to win their sixth?

5. Patriots vs. Cowboys: This would be a freakin’ ratings bonanza for CBS. Quite possibly the two highest-profile teams in the NFL, but I’d fear a New England blowout.

4. Chiefs vs. Saints: Patrick Mahomes vs. Drew Brees in a battle between the league’s two most valuable players, and it’d probably be close.

3. Patriots vs. Saints: Tom Brady and Drew Brees are two of the most accomplished quarterbacks in NFL history, and you’d have an interesting dynamic with New England chasing its sixth Lombardi Trophy in essentially a road game only 400 miles from New Orleans.

2. Patriots vs. Eagles: This would mark only the second time in NFL history in which teams met in back-to-back Super Bowls, and this one would be especially intriguing because Philly is once again led by Nick Foles while the Patriots are trying to bolster their incredible legacy.

And the one we really want to see:

1. Chiefs vs. Rams: When they met during the regular season, the two most lethal offensive teams in the NFL only combined for 105 points in the first-ever NFL game in which both teams scored 50.

...with Chiefs going all the way, naturally.


Don't look now, folks, but guess who was back in town---and says he's running for political office? 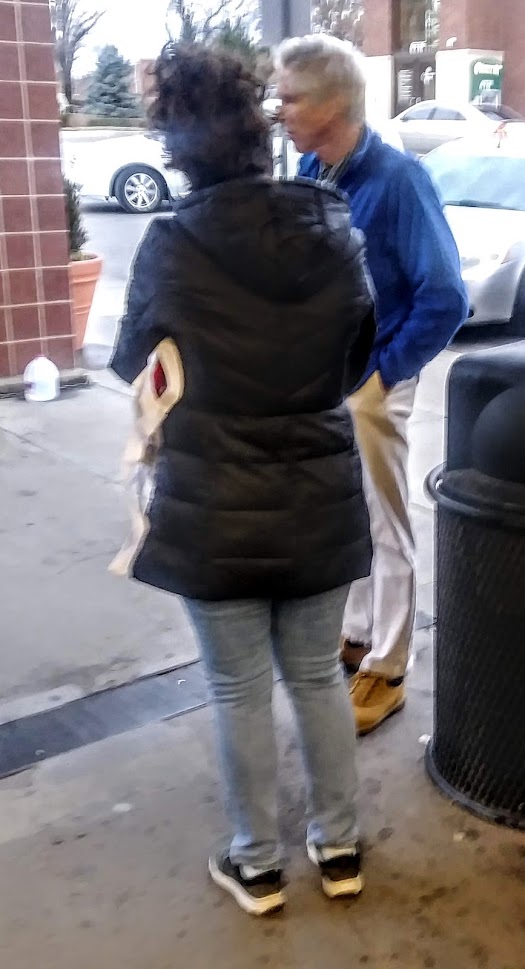 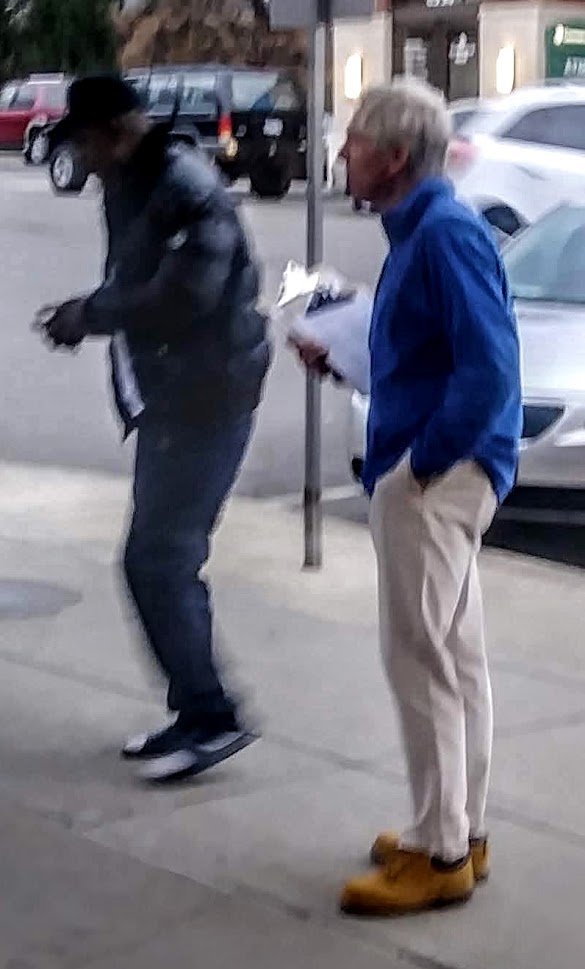 First this--I apologize for the blurry photos but that, ladies and gentlemen of Kansas City, is one Clay Chastain.

The guy who has all the answers for our fair city?

Even though he lives, most of the time in--where is it? Virginia?

Anyway, seems he was not only back in town this weekend, this is him outside the Brookside Price Chopper grocery, and he was saying he's running for political office, yessiree, Bob.

So don't think we have, you have seen or heard the last of Mr. Clay "I Know What This City Needs" Chastain.

It's my hope that, if he's actually serious about running for city political office for us again, that someone in the media like Steve Kraske on KCUR or someone down at the the Star or the Pitch or Mike Shanin at KCPT's "Ruckus" or someone, somewhere interviews the man. We need to know just what he's planning. Or working on.

If he's serious about running for office, and I'm sure he is, he needs to get the word out and we need to hear it.

However misguided and/or foolhardy.

Posted by Mo Rage at 7:15 PM No comments: Links to this post

Timely Quote of the Day