So Proud of You, Kansas City


Yes sir, so proud of my now hometown.

There was a rather hastily put-together protest and march today at the Country Club Plaza. It began at Mill Creek Park, went for a protest march around the Plaza and then back to the park for some speeches.

It was to protest for women's and abortion rights, rightly, after the nightmare week in Jefferson City on the part of yet more Right Wing, mostly all white, Republican men who voted to limit even the possibility of an abortion after 8 weeks of pregnancy.

Forget all the medical facts like how difficult it is to know a woman is actually pregnant in the first few weeks after conception and all the other facts. Yeah, forget all that. Forget that theirs is supposed to be a "small government" political party. Forget all that. They want to have that government come between the patient, the female patient and her doctor.

It's not quite as bad as Alabama's draconian law they passed this week but it's right up there.

So a protest was planned and executed today and it was a beauty. I knew I had to be there. It's estimated 4,000 people showed. And they were boisterous. Herewith, some photos from the day. It was wondrous. 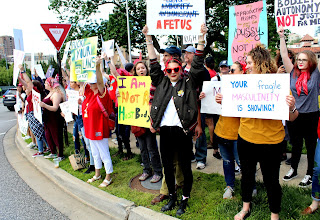 Some of the posters were a bit more, uh, frank, shall we say? 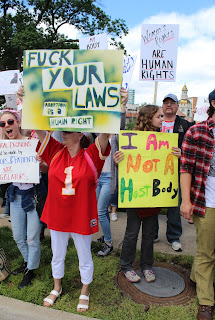 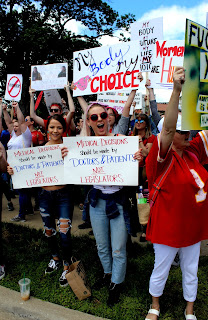 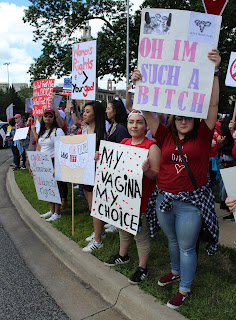 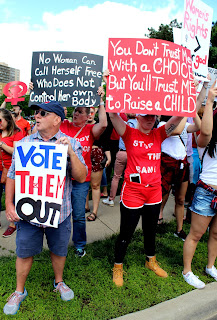 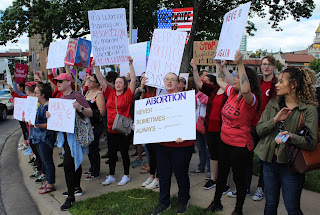 As I said, it was a very good sized crowd. I think we were all very, very pleased with the turnout and energy. 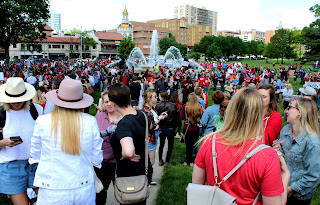 Some people wrote on the sidewalks, too, for a protest that would last a bit longer than just the time we were there. 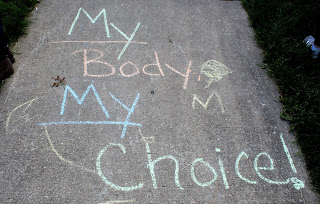 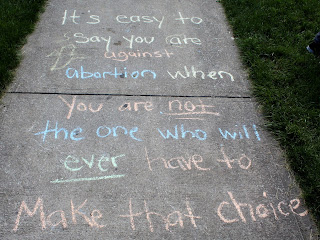 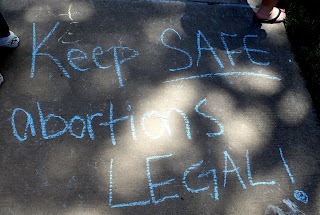 One of the biggest ironies of all these, again, Right Wing, Republican government representatives is this article on a study of abortions and nations with and without them.

Abortion rates go down when countries make it legal: report

But again, facts and data and scientific studies mean little to these people. It's the same on this topic, abortion, as it is with guns and gun laws. Facts just don't matter.

Posted by Mo Rage at 8:10 PM No comments: Links to this post

Quote of the Day: Overpopulation and Climate Change

“Unlike plagues of the dark ages or contemporary diseases we do not yet understand, the modern plague of overpopulation is soluble by means we have discovered and with resources we possess, What is lacking is not sufficient knowledge of the solution but universal consciousness of the gravity of the problem and education of the billions who are its victims.”

The Outrageousness of Alabama and Today's Republican Party


After that abortion bill in Alabama this week, man. What can you say?

As if Donald Trump and his Senate weren't bad enough, now this.

The Republican Party and Right Wing are now, as of this week,on an all out war on women and women's rights.

What's next? Take away their right to vote? Don't let them own property any longer? Make sure they can't get an education? It's not that outside the realm of possibility, it wouldn't seem. Remember this?

They did that in 2014. Voted down equal pay for women. Really.

They are only consistent.

Instead of working on denying women's abortion rights, you'd think the Alabama legislators would work on poverty in the state, wouldn't you?

ALABAMA HAS THE WORST POVERTY IN THE DEVELOPED WORLD, U.N. OFFICIAL SAYS

But no. Instead, all these white, old government representatives work on this.

Staunch as they are against abortion and abortion rights, you'd think they'd come down squarely for sex education, right? Wouldn't you think?

Mind you, that example is only Iowa but still, it's indicative of the party's stance.

And contraceptives? To fight those abortions?

And then there's "day after" pills so, again, there would be fewer abortions or possibility of abortions...  Right?

And we, here in Missouri, no better. This week, voting for a bill to effectively ban abortions.


Of course, when you have yet one more Republican, still, in 2019, saying things supporting "consensual rape", what can you say? It makes clear their collective ignorance and callousness.

Suddenly, "all life has value."  That sounds conspicuously like "Black Lives Matter", doesn't it? But they were vehemently, publicly against that claim at the time.

Meanwhile, the Republican Party announced their official slogan for the 2020 election campaign.

Contraception Is Not Abortion

Did Republicans Actually Say These Things About Rape?

Posted by Mo Rage at 4:20 PM No comments: Links to this post

Quote of the Day: Harry Had It Right


Harry had the Republicans down cold, from then, his day, to today. 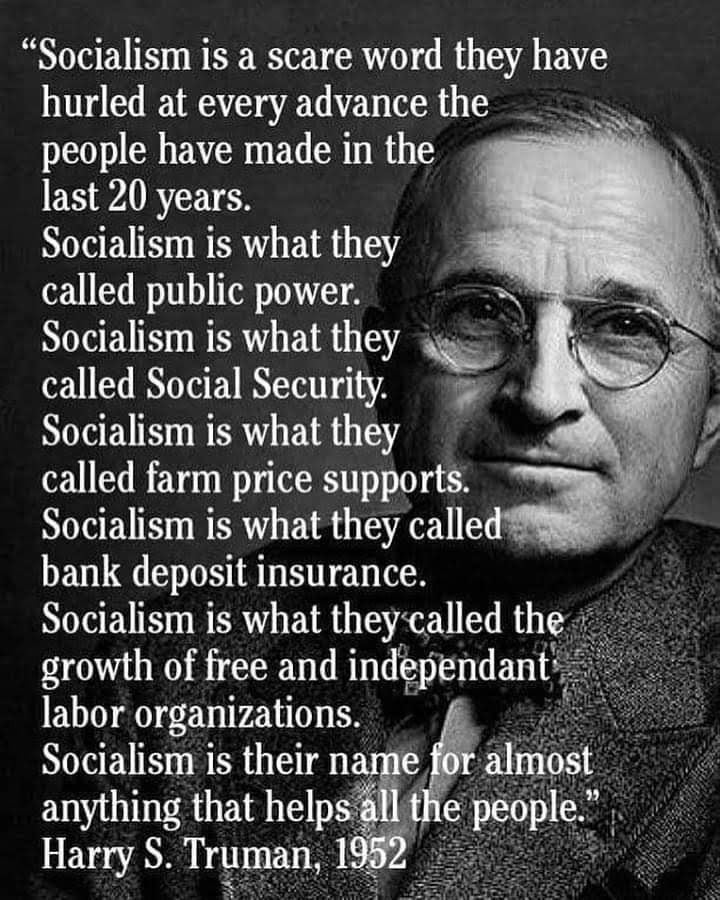 Posted by Mo Rage at 5:20 PM No comments: Links to this post