No doubt you've heard the great, if overdue, news.

Fantastic. A relief, as I said. Unfortunate it took this long, nearly 3 weeks to get to it.
And here are the markets response.

We're not completely out of the woods, so to speak, since the Orange Man is still technically in power and in the White House, of course, very unfortunately. 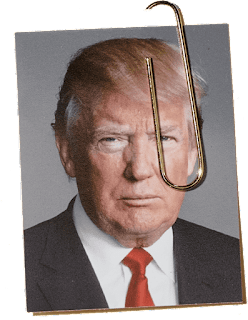 How Trump is sabotaging Biden -- and America

What he, Trump, is doing, is still doing:
--Sabotaging the Fed
Treasury Secretary Steven Mnuchin has demanded the Federal Reserve return $455 billion in unused funds from a lending program meant to prop up American businesses. The Fed could legally continue with the funds if Mnuchin didn't claw them back, but he argues the program should end at the end of this year -- a decision panned by the US Chamber of Commerce.
This will create political headaches for Biden, but it'll also have a negative impact on everyday Americans...
--Boxing Biden in on foreign policy
A report by CNN's national security team is emblematic of how Trump's administration is working actively in ways to make Biden's life more difficult.

The goal is to set so many fires that it will be hard for the Biden administration to put them all out, an administration official tells CNN in the report.
Trump's administration is:
--Handing Biden an economic grenade
Trump's failure to negotiate a new Covid stimulus with Congress will set Biden up for a political fight on Day One about how to help Americans hurt by the pandemic.
Here's what expires in December without further action:
--Weakening American democracy
The most important of these various nails left under the couch cushions is Trump's steadfast refusal to accept the legitimacy of Biden's win, an ultimately futile bit of pique, since Biden will take the oath of office and Trump will no longer be President in January.
Either because he wants to retire campaign debt, seed a new media empire of democratic disbelievers or is personally incapable of admitting defeat, Trump's actions will have consequences.
As if all that isn't bad enough, there's this horror of a thought.
Why Do All The Networks Keep Calling Biden The "46th President?" He'll Be The 47th

It does look like Biden was just elected to be our 47th President.

Let’s not forget about the upcoming five-minute Presidency of Mike Pence, during which he will be allowed to say exactly twenty-one words: "I hereby pardon Donald Trump for all crimes, known or unknown, he has ever committed against the United States of America."

God forbid and heavens help us.

But for now, at least, Joe Biden is finally confirmed as President and he's picking his staff, the people in his administration.

Pennsylvania once again confirms and reassures.

Not done there, Nevada does same this morning.

And just to remind us just precisely how small, petty and shallow he is, Trump did this today.